There is an aliveness to every word on every page of Coded History. It called me into a rich trove of well-told stories covering a long and inspiring life. What kept me here is real depth, sensitivity, humour and awareness that give rich and lasting meaning to these stories of new beginnings. It’s an inspiring personal memoir. It shares lively snippets charting some of the world’s last 50 years of digital transformation. It shows how academics can also be entrepreneurial. And it brings to life the history of South Africa from the perspective of the small band of white South Africans who risked their lives contributing to the end of apartheid.

I am particularly touched by Barry Dwolatzky’s story as a cancer survivor – one that he doesn’t dwell on. But the stark truth is that he was told at the age of 35 that he had only six months to live, and now he is 70. This truth sits there, like a powerful well of energy, motivating both his life and the reader’s engagement. And he credits it as one of the drivers towards his life of service and innovation.

He has put the gift of life to such good use. I love the way he shares his experience growing up, as everyone does, only aware of his immediate surroundings. Then he charts how he became aware of ever widening circles around him. Each of these required a re-evaluation of his own privilege.

At first he just knows he is the awkward kid who gets teased for his stutter (like me). And he looks around and reckons the other kids come from more well-to-do families. Then (thanks to his own energy and commitment to both action and reflection) he goes across the race lines and discovers just how poor the majority of his fellow southern Africans are, forcing a re-evaluation of that sense of being “the poor kid on the block.” Eventually he begins to make sense of world systems of wealth and poverty and how deeply interlinked they are.

This radical re-evaluation of who he is and how he fits into the world is a brilliant example of paying attention to, rather than ignoring, data that challenges the cosy white story of South Africa in the 1960s and 70s. It drives him, step by step, first to commit both to skills and technology transfer to those less privileged, and then to risking his life in working for the ANC’s underground liberation struggle against apartheid. As a fellow white South African I am grateful to have the story of what we called “the white left” getting a bit of airtime in an era where the struggle is often mis-remembered as a simple black vs white binary.

He gets really clear about unfairly assigned privilege and how wealth extraction works. This is an inspiring example of an engineer going beyond his training in technical systems, and applying it to human systems. Many engineers prefer to stay in the tightly controlled world of machines. But Dwolatzky widens his gaze to understand our world’s complex and messy human systems – what the geeks sometimes call warmware.

It is a miracle that this sensitive, caring and politically conscious young man ended up studying engineering in a time that all his classmates were conservative, white and male. The benefit is that that engineering gained a visionary, one who could cope with the scientific and practical rigour of the discipline, without losing sight of its human purpose.

The book traces in a beautiful way the impact of engineering better lives through technology and particularly computer software. Barry Dwolatzky’s career stretches from direct involvement in coding underground communication systems against apartheid, to incubating digital entrepreneurship, and to teaching and inspiring those dispossessed by apartheid and colonialism to reclaim their birthright in a new digital world.

I also love the way Dwolatzky acknowledges “I am a teacher” and takes a stand for the power and value of this noble profession. And he shares great anecdotes of ex-students who walk up to him later in life to acknowledge his role in their lives.

This man and this book somehow manage to bring out the best qualities of both restless energy and calm reflection. I find both the man and his book inspiring. 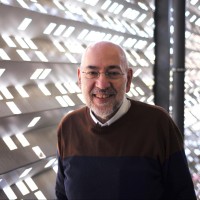 This site uses Akismet to reduce spam. Learn how your comment data is processed.

There is an aliveness to every word on every page of Coded History. It called me into a rich trove of well-told stories covering a long and inspiring life. What kept me here is real depth, sensitivity, humour and awareness that give […]

“Barry’s experiences and the way that he has written about them brought so many historical realities to life for me in a way that I’d never felt or understood before, very different from a dry history lesson. I felt like I was […]

“This memoir provides insight into what started out as an ordinary white middle-class South African life, but turned out to be quite exceptional. Dwolatzky has been living through momentous changes in the country, and helped to bring them about. His intellectual ability, […]

“Just as he is about to undertake a risky mission from London for the underground ANC, the author is dealt a cruel blow from an unexpected quarter. This fascinating account of an innovative scientist’s life journey, with dramatic twists and turns, reflects […]