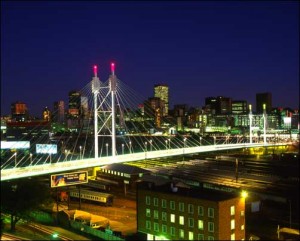 Paul Graham is an American programmer, investor and writer. In 2006 he wrote an article entitled “How to be Silicon Valley” (http://www.paulgraham.com/siliconvalley.html). In his article he suggests that “What it takes is the right people”. He says that to establish a “Silicon Valley” you need two types of people in sufficient numbers – “nerds and rich people”. The “nerds” bring the creative energy, the ideas and the technical expertise upon which startups are created. The “rich people” are investors willing to provide the funding.

He goes on to describe how Silicon Valley in Northern California emerged as a hub for startup activity in the late 1970’s. The “nerds” came from some of the world’s top universities – Stanford, Berkley and others – in the Silicon Valley area. Many of the “rich people” were folk who had made their fortunes by setting up startups of their own in Silicon Valley.

According to Paul Graham, creating a Silicon Valley-type of hub in another part of the world requires the following:

With these thoughts in mind, where in South Africa could we hope to see our own Silicon Valley emerge?  I guess that the knee-jerk answer is Cape Town. After all it has good universities and a beautiful natural environment dominated by the sea, the mountain and delicious Cape wine …. I have my doubts, however.

Firstly it is already an important hub at the centre of Africa’s richest region. Gauteng accounts for 40% of South Africa’s GDP. Most of this wealth is concentrated in a 10km circle stretching from the Joburg CBD to Sandton. Braamfontein is near the centre of this circle.

Braamfontein, and its immediate surroundings, is an educational, government and business hub. It is the home of two major universities (Wits and UJ), three of the four big banks (FNB, Standard and ABSA), the administrative centres of both the City of Johannesburg and Gauteng Province and major corporations such as Liberty Life, SAB Miller, Anglo American, Transnet and others. It is also a transport hub with South Africa’s largest mini-bus taxi rank, railway stations (Metrorail, Gautrain and national), bus routes and motorways (M1 and M2).

Over recent years Braamfontein has also begun to develop into an exciting and vibrant entertainment and cultural centre. There are music venues, theatres, bars and restaurants, a weekend market, the new Wits University Art Museum, and lots of new housing developments targeting students and young professionals.

The beginning of a software innovation hub is also taking shape in Braamfontein. Wits University’s Joburg Centre for Software Engineering (JCSE) and Digital Arts Centre are on the Wits East Campus. Thoughtworks, the innovative American software company, has set up shop in Braamfontein. There are also plans for IBM to establish its South African “Skills Development and Research Institute” at Wits.

Given all of this I believe that its time to take Braamfontein more seriously. It is a strong candidate to become Africa’s Silicon Valley. I believe in it – watch this space!!

2 Replies to “Is Braamfontein set to become Africa’s Silicon Valley?”