Can South Africa also draw with Mexico in the software development game? 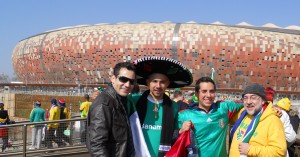 One Reply to “Can South Africa also draw with Mexico in the software development game?”