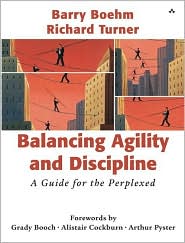 Since my visit to the FIFA World Cup “IT Control Centre” (ITCC) last week [see elsewhere on this blog], I’ve thought a lot about the effectiveness of Agile Software Development.

Nine years ago (Feb 2001) a group of prominent software engineers came together and issued the now famous “Agile Manifesto”. In the Manifesto they said that they had “come to value

In 2007 the Indian IT company, Mahindra Satyam, were appointed to develop an Event Management System (EMS) for the 2010 FIFA World Cup. Their challenge in developing this web-based system from scratch was that the customer (i.e. FIFA and its event company, Match) did not have stable and clearly articulated requirements. Satyam decided to adopt an agile development approach.

It is interesting to relate the little I know about the development of the FIFA EMS to the values listed in the Agile Manifesto:

My conclusion therefore is that the EMS was developed using an agile development approach. It was also clear that the project was a success. As the World Cup draws to a close we have certainly not heard any negative reports about the IT systems at the heart of managing this huge event.

The EMS is therefore a living example of a very successful agile development project.

But wait … what do I know about Mahindra Satyam? In 2008, when it was still called Satyam, I led a delegation of software engineers on a study tour to India. One of the highlights of the trip was a visit to a Satyam “Delivery Centre” in Bangalore. From top to bottom we witnessed a strong belief in process maturity. Satyam is a CMMI maturity level 5 company. Other process models such as ISO 9000, People CMM, ITIL and others were also followed.

With this in mind it is clear to me that the success of the FIFA EMS is due both to the mature process culture at Mahindra Satyam and the ability to apply an agile approach when appropriate. There is an interesting book called “Balancing Agility and Discipline” by Barry Boehm and Richard Turner (Addison Wesley, 2004). There is also a technical report called “CMMI or Agile: Why not embrace both!” by Hillel Glazer, Jeff Dalton, David Anderson, Mike Konrad, Sandra Shrum ( available at www.sei.cmu.edu/reports/08tn003.pdf) Both of these publications stress the importance of using Agile and Process, rather than choosing one or the other.

Take a moment to re-read the last sentence in the Agile Manifesto:

The drafters of the Manifesto obviously also saw the need for balance.

I believe that the FIFA EMS demonstrates the success of this “balanced” approach rather than simply attributing it to Agile. This is a crucial message to South African software developers who place a great deal of emphasis on Agile Development – yes Agile is good, but discipline and process are also important.